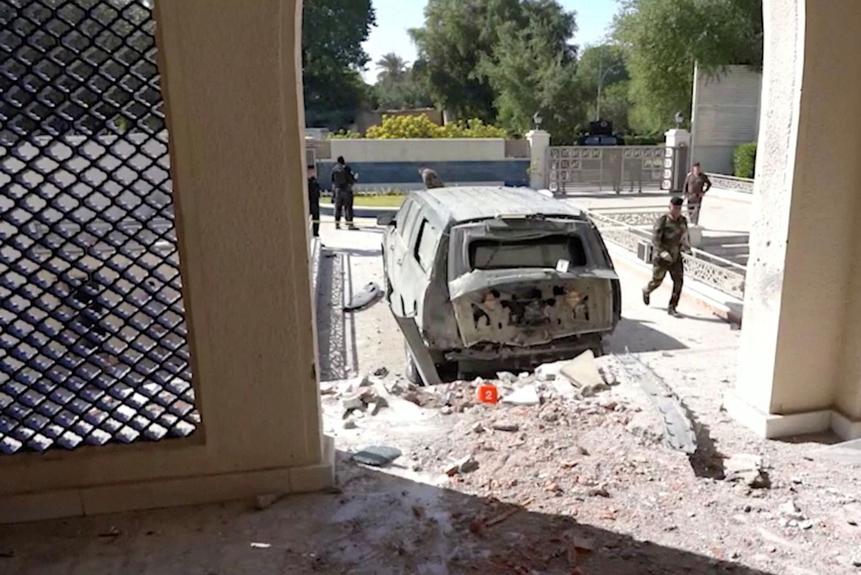 According to officials, a drone laden with explosives struck the building, injuring six of the Prime Minister bodyguards in an apparent assassination attempt.

Security sources say three drones were used in the assassination attempt, and that they had been launched from 12km northeast of Baghdad, but two were shot down.

The attack may lead to a dangerous escalation

The turnout in Iraq's parliamentary election last month was - only 41%, a record for Iraq since 2005, That lack of engagement shows that there is a gap exists between Iraqi youth, most who did not vote and the post-2003 political system, in addition it is source of concern for Tehran as well.

The election results show that there is a decline in trust in a political system that has opened a door for Tehran to play a significant role in Iraqi political and security affairs.

The Pro-Iranian parties achieved worse results than expected, losing a lot of seats, since then, their supporters protested against the results, organizing demonstrations outside Baghdad's secure Green Zone and demand a manual recount of votes.

The Shia cleric Moqtada al-Sadr declared victory, as his party won the largest number of seats. He wants to form a government free from foreign interference, and that includes both Iran and the west. He intends to stop Tehran's influence on Iraq's internal affairs.

These political cracks indicate that tensions are rising, and this attempted attack on the Iraqi Prime Minister could be a dangerous escalation with very serious consequences.

Who led the attack? And will this have an impact on those who wish to change the outcome of the election?

HMSC defence and security adviser, Mr. Mamoun Naji, told the Media that he expected that something would happen after last month's elections in Iraq, but not at this high level.

“Clearly the results of the elections upset many and the continued demonstrations that followed sent a clear message that something would happen,” he said.

In addition, he stated that he expected the attack to have been carried out by a drone, which could be a clue as to who carried it out.

“This was probably done by a drone, and I am sure once they get to the wreckage, they will have a much better idea of who was behind the attack by the type of drone that was used and who most likely had access to that type.”

He further stated that he believes the attack was carried out by an Iranian proxy, but noted that the failure of the attack

“Will have opposite results to those who want to change the results of the elections.”